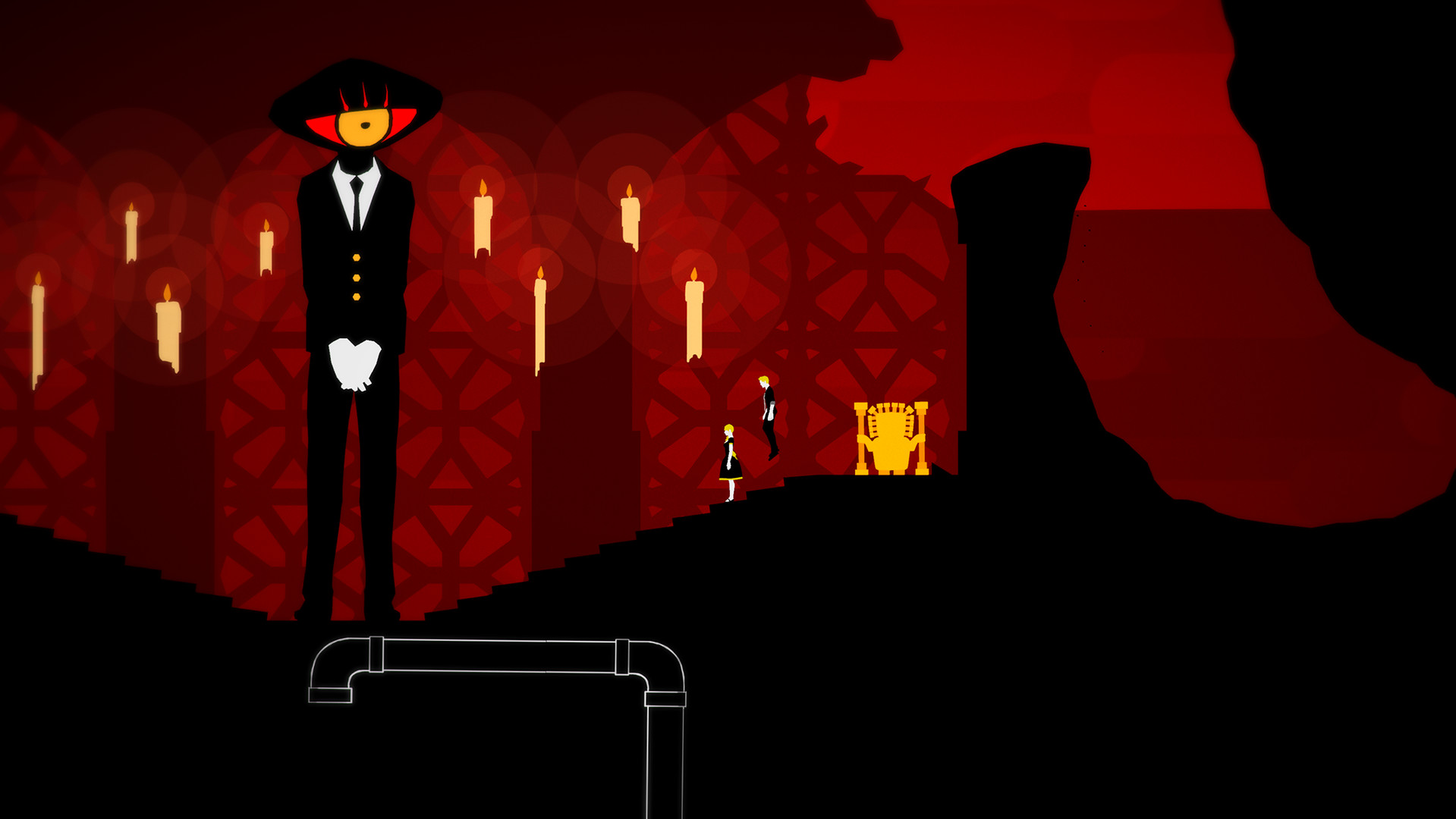 Two beings entwined by fate; a girl and her soulmate, left to travel through a hauntingly elegant world where things can change in the blink of an eye. Explore the surreal landscape with them, solving riddles and negotiating fantastical obstacles in Tulpa, a unique puzzle platform adventure that's as beautiful as it is challenging.

Taking control of Ophelia and her ‘tulpa’ Oliver, players must journey through lands full of mysterious, bizarre and often deadly encounters. Much is left to the imagination and it’s up to you to work out how to proceed, negotiating your way past traps and unravelling abstract puzzles to discover what lies at the end of your adventure. 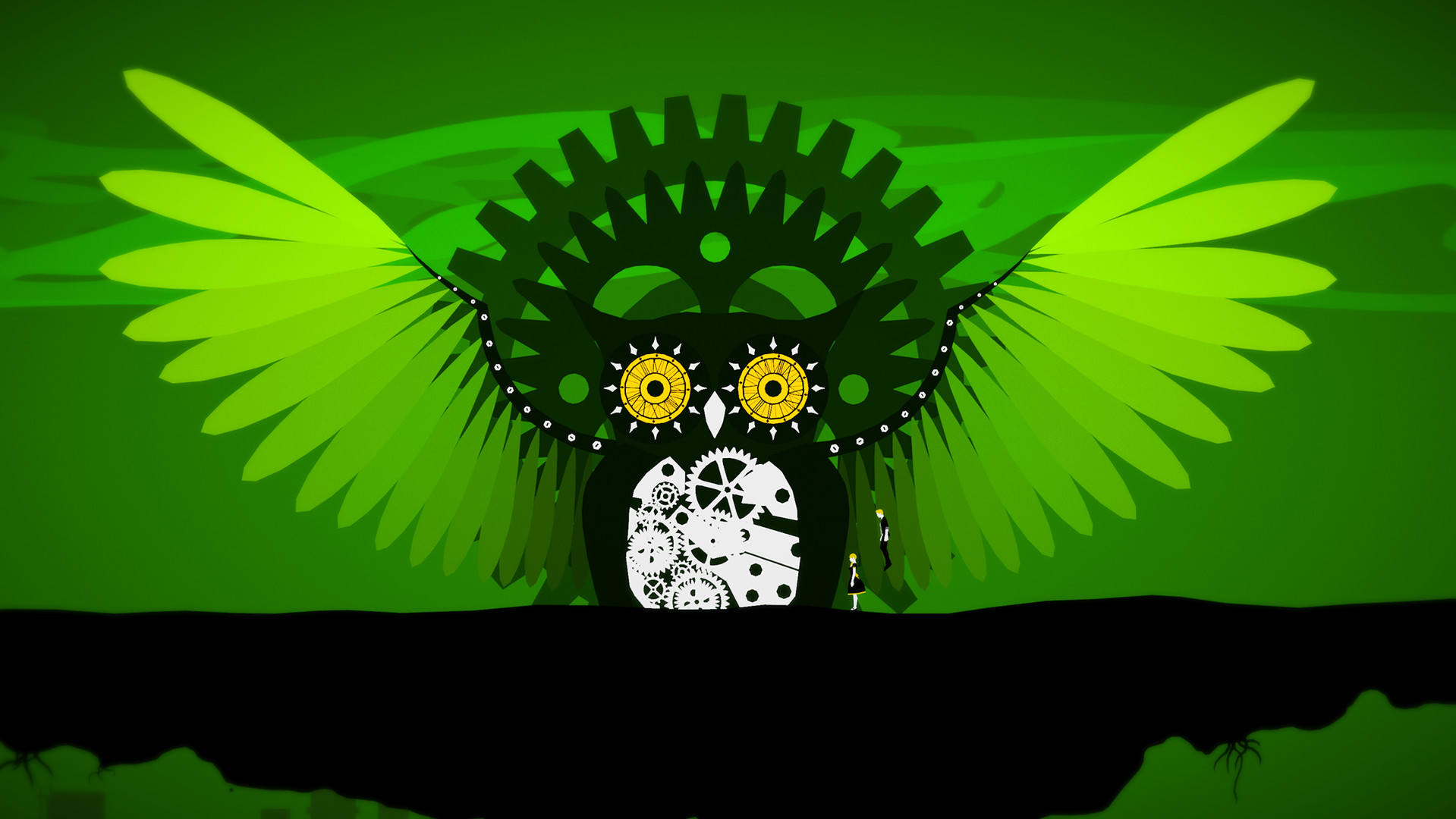 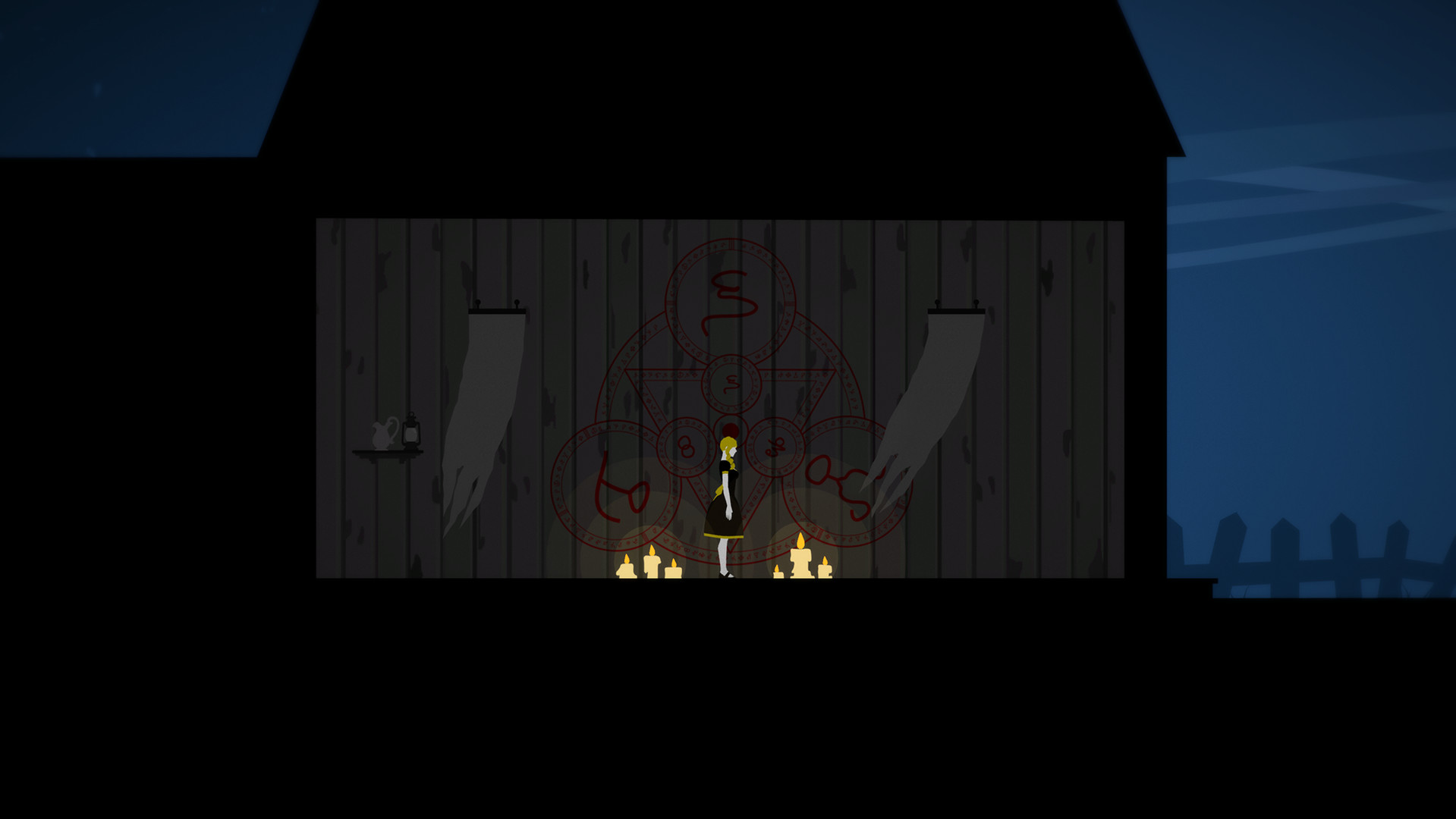 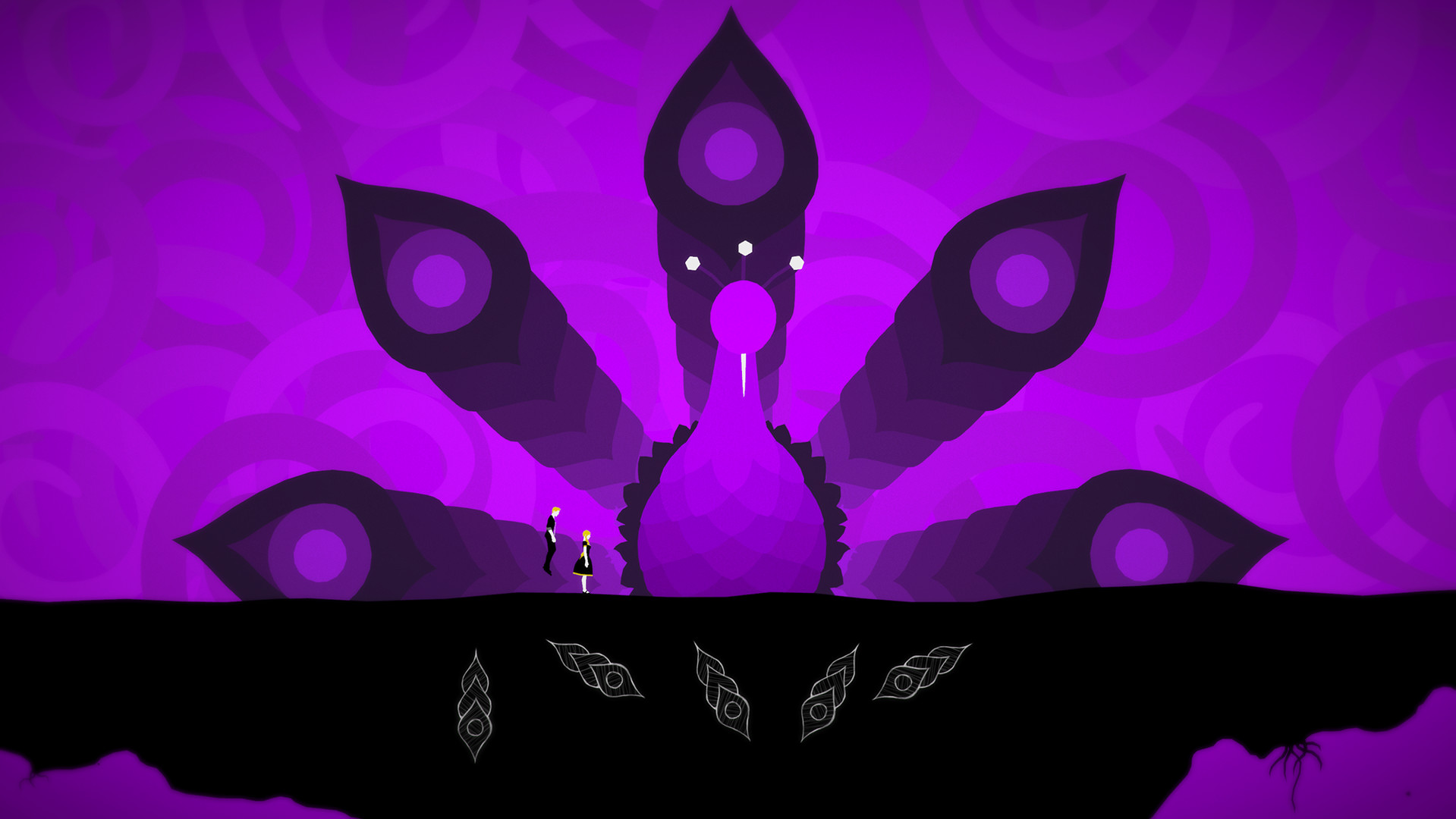 
I feel bad marking this down, as there are several things I really liked about it. The atmosphere is wonderful, with a strong art style (let down by terrible animation on Ophelia, the main character) and a great soundscape. I actually really like that the story is a little obtuse, other than a clear Orpheus inspiration - although the Ophelia reference might imply it's all in her head, making the final bit doubly ambiguous.

I think there's two problems, basically. This is a mix of a platformer/side scroller and a puzzler. Unfortunately the platform bits are stymied by sluggish controls, especially affecting jumping. The puzzles are varied, some being fun and clever, some being obvious, and some being just plain weird. I solved several without actually understanding what the hell was going on or what I was doing. A lot of them are trial and error, and many are random pixel hunts, clicking all over the screen. I did, however, enjoy making the dead body of Jesus flail around like a ragdoll. Great corpse animation is a plus.

So, as an experience, this game is pretty decent; as a game, it fails. It really annoyed me on several occasions. I got this as part of a humble bundle, and I don't regret spending 23p on it, but if you can't get it that cheap think twice. Having finished it in under 2 hours, it's a bit annoying that none of my steam trading cards have triggered. If you've got a short game, don't add insult to injury by making people play it for ages just to get the cards!

All in all - this feels like a wasted opportunity, but makes a fascinating failure. I don't regret my time with Tulpa, but only just.. Stuck on the tutorial where it says to use X to pull the cart. Can't get past it.. https://youtu.be/Y6_nsA3AtQs

Based on characters from Macbeth, Ophelia is loose on the world filled with grizzled imagery and puzzles of the platform variety. The puzzle difficulty ramps up when given a second non-corporeal ghost buddy to play as. Occasionally the controls feel a bit stiff often while in the air, but the checkpointing is generous that little progress will be lost.. A complete waste of time.. Seems to have promise. But the sluggish controls and overall pace make it nearly unplayable for me. If you can stand to move slowly, and are a more patient person than I, then you might get something out of it.. Lovely looking game. Great sounds. Nice atmosphere. Has been a problem with the jump button not being responsive, but the developer got in touch and they've been fantastic. I'm sure that this won't be a problem for much longer. ** EDIT ** Turns out to be my not too great machine specs. From the other reviews this doesn't seem to be a problem for most people. **

I can't recommend the game enough. It's feels unique and stands out from the usual fayre. The sound only adds to the mood of the game. The puzzles are fun, not too difficult, but you will die a few times trying to solve them. Stick with it though as the visual style only gets better as you progress, just look at the trailer :). Disappointing..

What the actual hell is this. It's beautiful, but that's about it. The puzzles make no sense and i don't feel like there is a story. For people complaining about controls, it goes well with the arrow keys instead but i still cursed at how awfull it can be.
Humble Bundle price worth it for the art.. Perhaps interesting "story" and art but sadly ruined by horrible controls that seem unresponsive when they matter the most and seemingly frame-rate dependent physics (Couldn't progress when it ran at 120FPS because the character wouldn't grab ledges etc) leading to feelings of pure frustration when you know you're doing the right thing, it's just that the game decided arbitrarily that you couldn't jump at this moment. Would not recommend buying at 9,99€.

Edit: I've died around 46 times on the god damn eyes in the red world. I know what to do, but it's almost impossible since the girl won't effing jump on the last eye ball. "You want me to jump? How about I just ****ing fall down instead, that's what you want, right?". It's short. The controls can be downright frustrating on rare occasions. Worth it anyways? Yes.

The artwork and music make for a great mood, the puzzles are enjoyable, and it's a game that draws you in, and that makes you look at the whole picture, even where you'd normally just glance. The mood all that makes is great, and I'm definitely going to play this again.. Mildly challenging spooky puzzle game with character switching mechanic. This review does not endorse real world occult practices and only regards the video game.