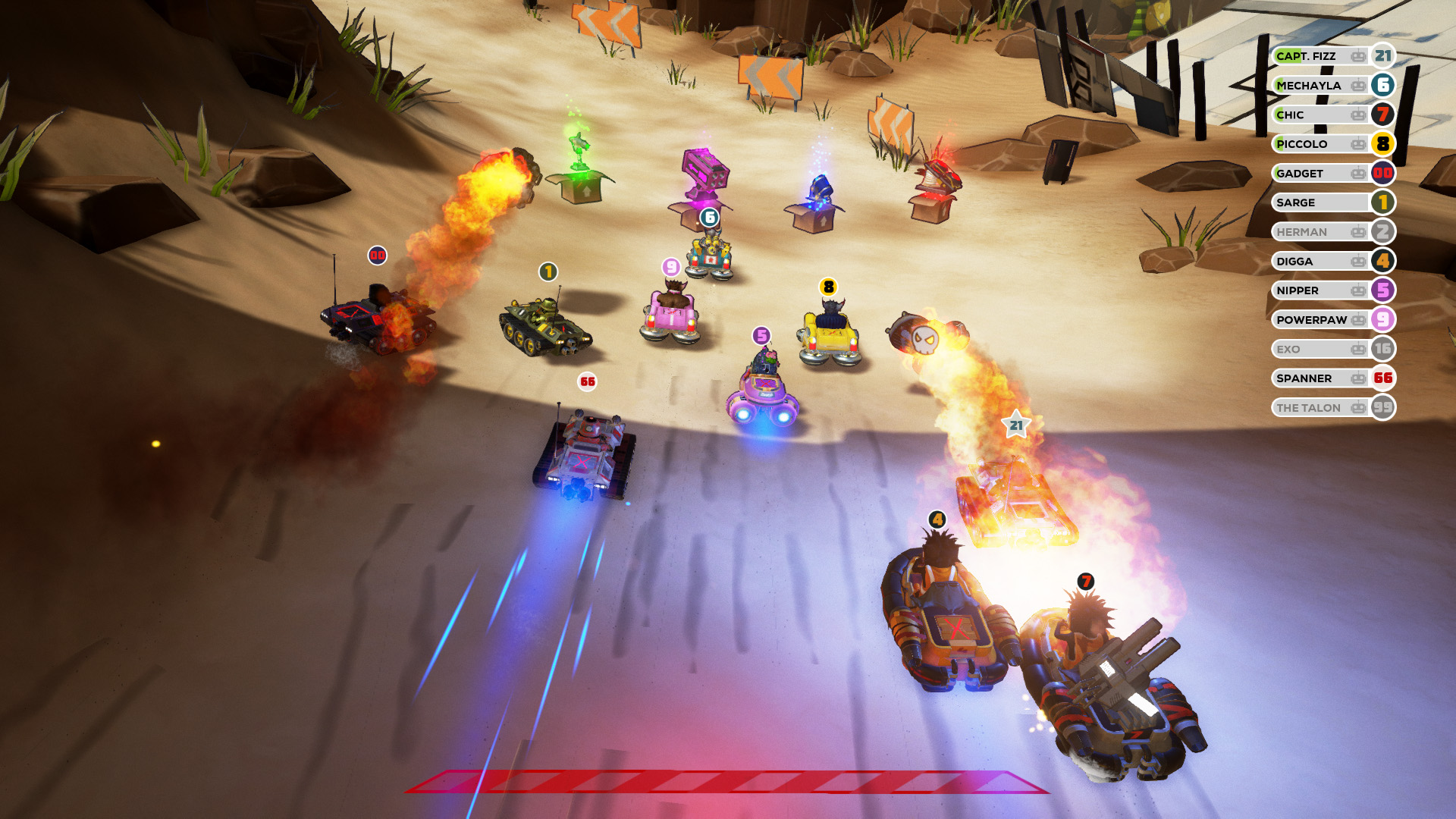 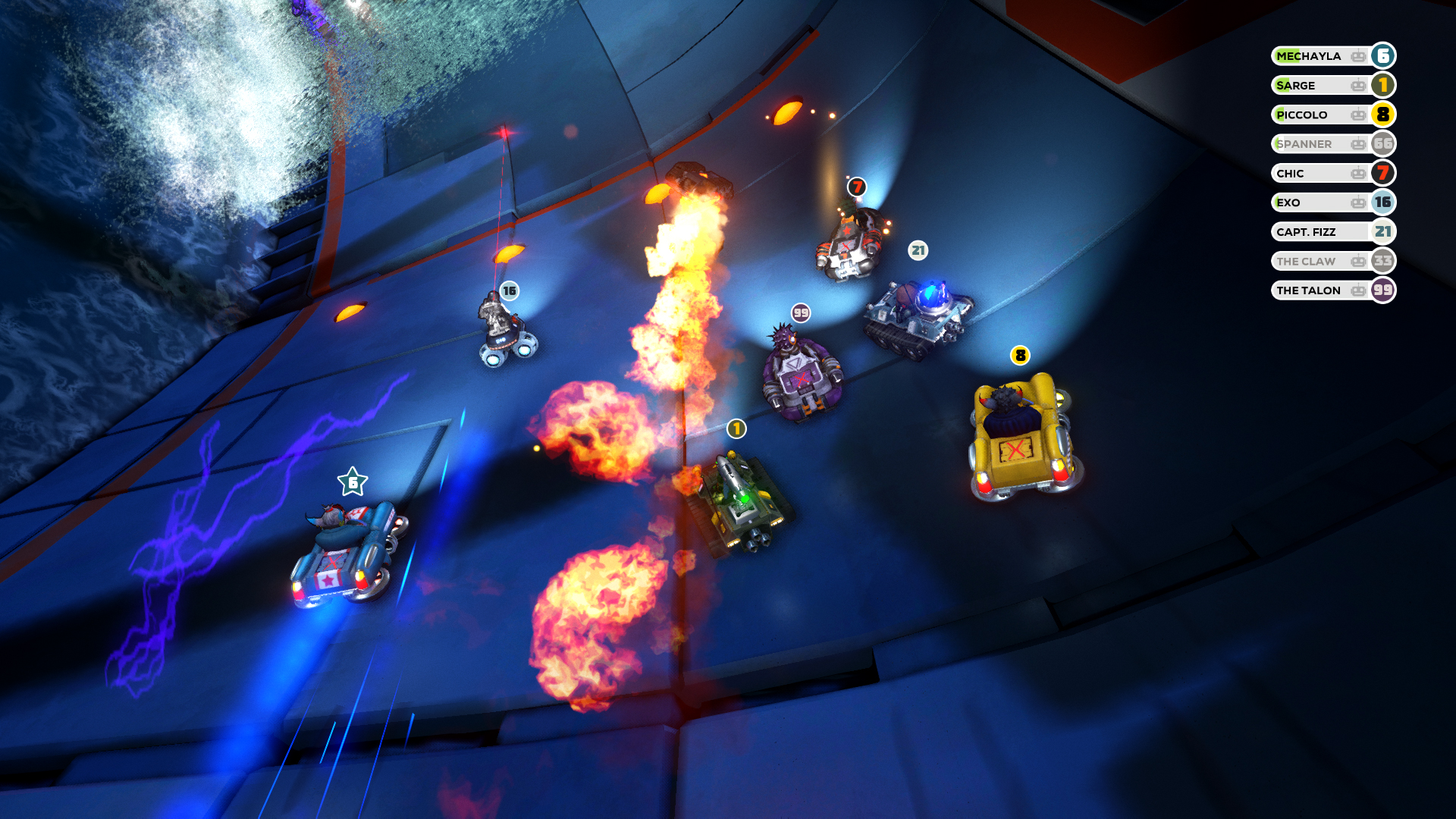 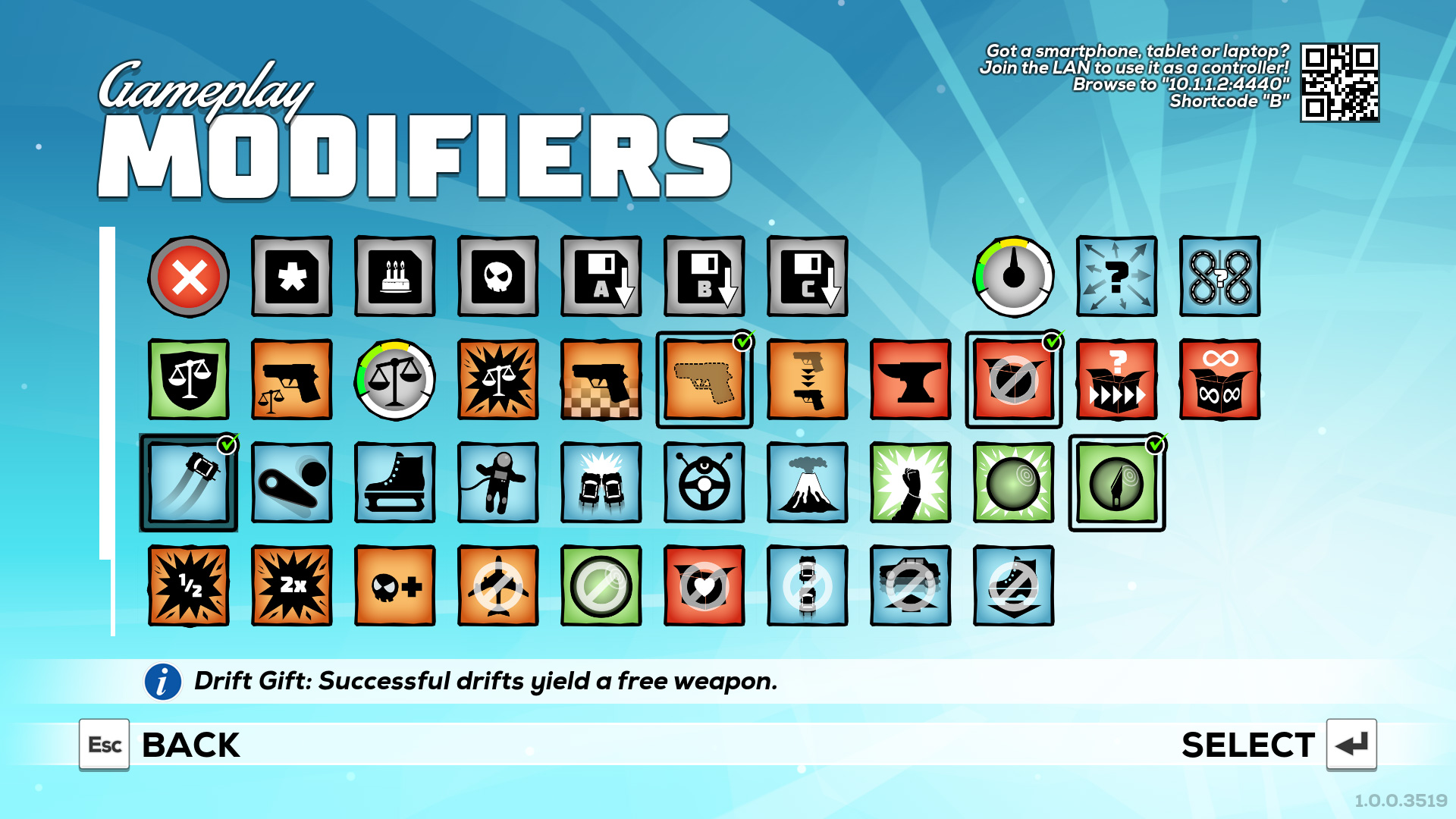 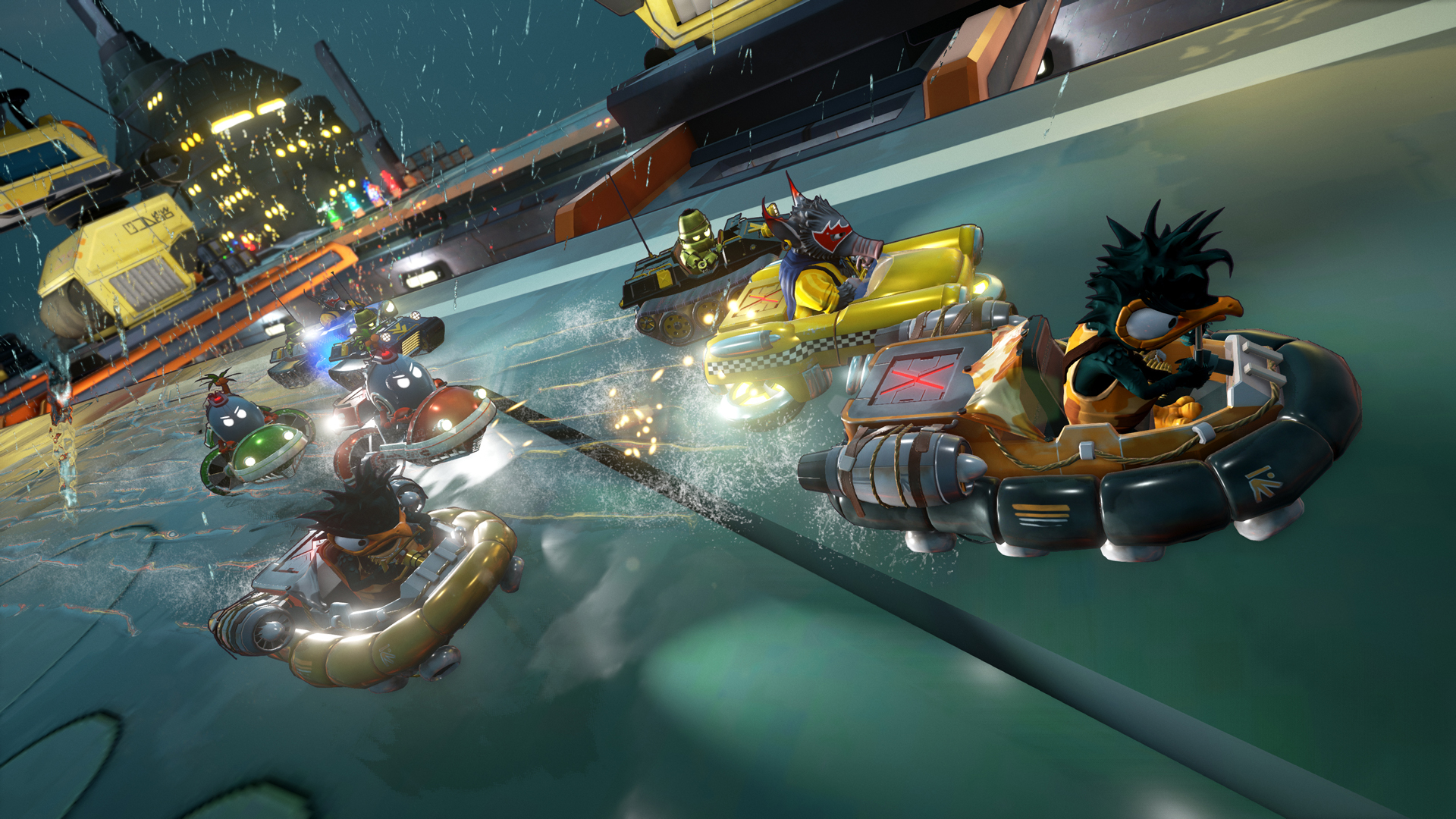 I bought this instantly because the concept was really cool, but after playing this online, with one other person and bots and with a big bunch of people in a party, I found that it wasn't fun, sadly. The driftiness of the cars made the game feel like the players aren't really in control, making it frustrating and not engaging. The concept is fun, but the driving isn't, which is bad for a racing game.

People are saying stuff about the camera and whatnot (maybe the controls.)
But it's a party game. The camera HAS to be like that.

Sure, It can be annoying. But that's how it has to work. Splitscreen is annoying, and this game is good for parties.

Oh yeah the music and the levels are great. I can't wait til this game takes off.

EDIT: i'm making this a progressive review. If you aren't sure about buying this, this review is probably your resort. So, read along, buyer.

1\/3\/16: The music isn't repeatative. The racers are unique. Gosh, i still love this game. I just played some of the same map for a while. Didn't notice!

3\/3\/16
A match daily is like an energy booster. 10\/10. Pretty fun game, similiar to blaze rush, however one pretty neat feature that sets it apart is the ability for anyone to join and use their tablet or phone as a gamepad.. I have very mixed feelings about this game, but I'll go through my pros and cons.

Cons
- Repetitive character sounds
- No variety in taunts
- Lack of Diversity in characters with unoriginal and unimaginative reskins of the original 6-8 ones you can choose from.
- "Story Mode" should just be named "Training Mode" as there is no story there at all.
- Drifting is difficult
- Races can be too quick when 10 or so people die at once
- Fall out of frame of the screen and you're dead (I understand it's supposed to be that way but I'm just not a fan)
- Respawn doesn't give you any time to catch up to other racers properly (You can die within 1-3 seconds of a respawn if you're not immediately drifting because you fall behind and you're off the screen)

It's tough to recommend this game but if you can master drifting you stand a chance in multiplayer. Otherwise you're limited to doing versus with your own friends or story mode over and over.

. I bought this game because I am a youth pastor and am VERY INTERESTED in multiplayer, shared-screen, party games that can be played on multiple devices (i.e. Jackbox, etc). I absolutely love games I can throw up on a big screen and then have friends \/ students join with their own phones or tablets. So, you can imagine, I jumped at buying this game, since it advertised itself as just that (but as a racing game)...

The controls are nightmarish (especially on touchscreen devices). The gameplay design is muddled and hard to follow. The online multiplayer is so terribly NON-user-friendly that by the time you get everyone logged in and selected, no one even wants to play - and when they do, the experience is so aggravating everyone is DONE within the first minute or two.

Maybe this game is fun in it's career mode, with a controller, by yourself. But for multiplayer purposes - not worth the time.. I've been waiting for this game since the Steam XMAS sale brought it to my attention, its pure unadulterated mayhem. You will be cursing out random cartoon drivers none stop.

This isn't a traditional racer, or much a racer at all to be honest. If you want Kart action this isn't your game, I repeat there is very little actual racing. What this is a FFA murderfest though that has driving as the medium. It's generally played as Deathmatch or Last Man Standing, where you keep respawning, you get kills\/points by destroying and knocking people off the map or lasting the longest, there isn't a difference other than looks in the Racers, everybody goes the same speed turns the same etc etc.

If you want a game you can turn on and blow some steam this is great, I cant speak for how well the local multiplayer works, but I was playing with about 10 people online an hour after the launch, depsite having racers from Russia, Britain, Canada, Germany(host) and the USA, it was still respectably playable with 100-200 ping. Did I slide off the course a few times because of the lag the odd time? Yes. You forget about it 20 seconds later because another round starts and the game is just awesome.. Great fun! I've been looking for a replacement to match the local play highlights of Micro Machines, Micro Maniacs and Mashed and FINALLY something has come along to fit the bill.

While it's not a direct descendant, this is probably the closest game I've played to Mashed in a long time - but with all the modern day extra you'd expect. Loads of mods to change up the races, plenty of maps, great weapons (all very similar to Mashed, but again, tweaked perfectly).

I keep going back to Mashed because I was hugely disappointed by Mashed's follow-up Wrecked. This feels like the game that Wrecked should have been - the core driving mechanics are perfect for this type of game, and the quick drop-in, drop-out means any frustration is forgotten almost instantly.

My only con so far is: Where is everyone? :(. I was hoping this game would be easiewr to pick up by a novice gamer. Then you have a game that a bunch pof people can play together, whether or not they are experienced players.

Fun concept, but it is hard to control the character and it gets very confusing when there are above about 6 racers.

in other words, if you are looking to play this game drunk with your bunch of friends who vary in gaming skill, dotnt get this one.