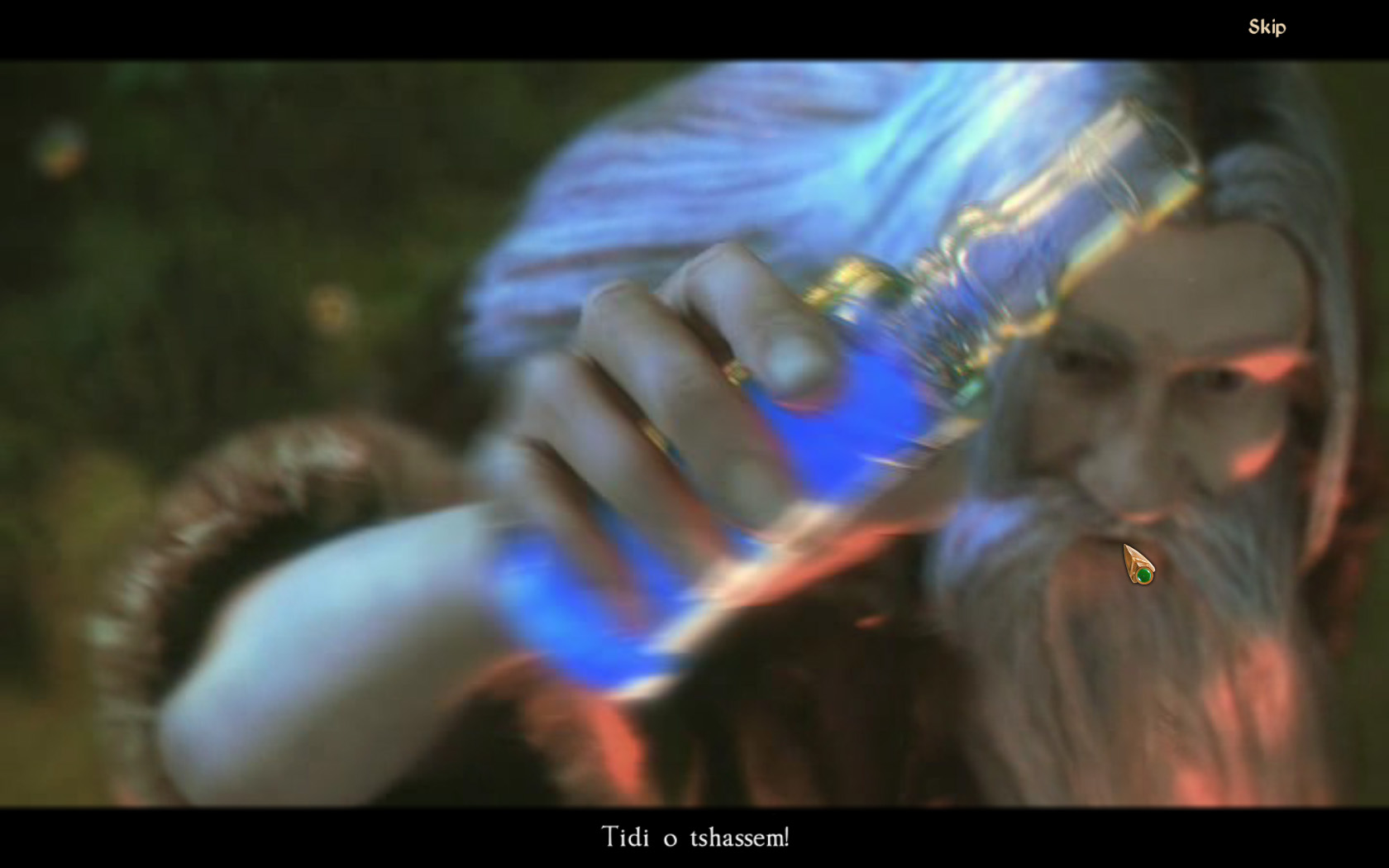 An exciting adventure of a brave girl who found herself in a fantasy world. She is forced to fight against the Black Horsemen sent by evil forces to annihilate every living thing.

Lost Lands: the Four Horsemen is an adventurous hidden object game-quest with puzzles and mini-games that tells a fairy-tale story about the world with never-before-seen races and folk types.

One fine day an ordinary good-looking housewife was walking down the car-park of a shopping center when she got into a cloud of mysterious fog turning out to be an interdimensional portal. As a result, Susan returns to the fantasy world of the Lost Lands she has been before. There has been a talk of her for years - the brave woman from another world is known as Susan the Warrior.
This time it is a Druid hermit, whose name is Maaron, who called her on. He had a vision of liberation of the Lost Lands from the oppression of the Four Horsemen: Heat, Coldness, Death and Darkness.
Maaron decides on to seek support of the woman from the other side; the one who has already saved the world from the forces of evil once. Susan will set forth towards the encounter with Four Horsemen with an aim to confront them.
But first, she has to eliminate the Horsemen forever in an uphill battle by finding the weakness of each… 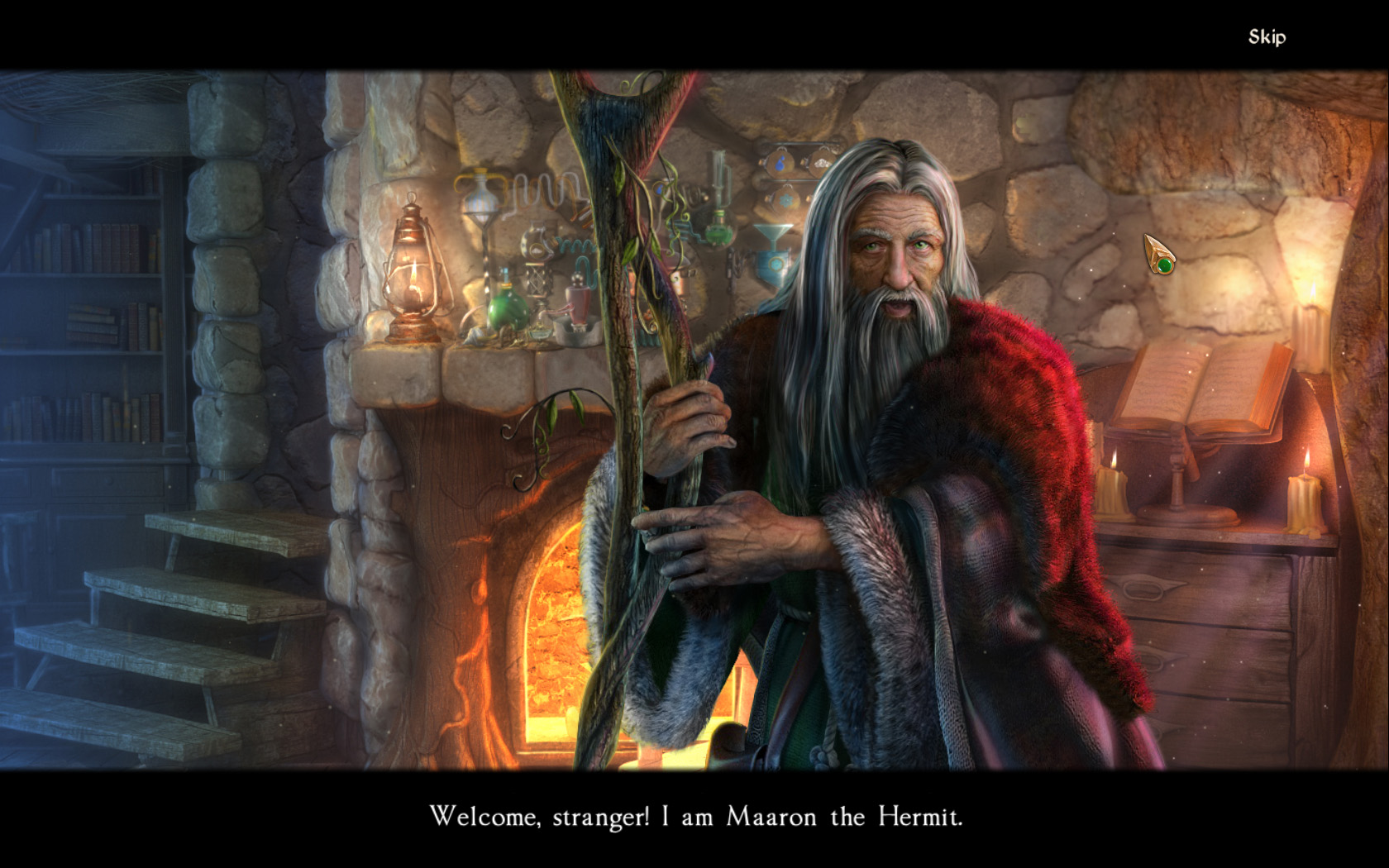 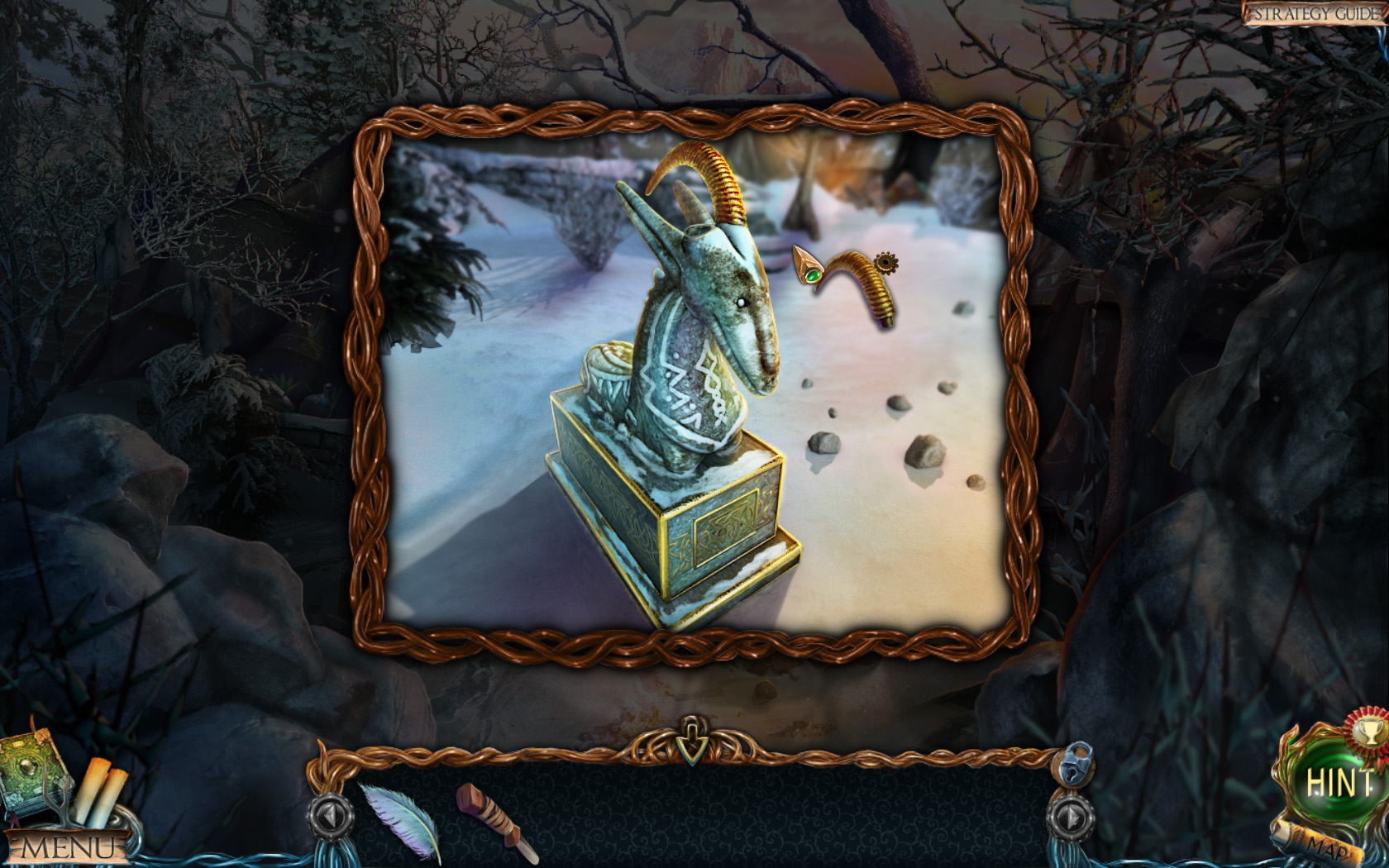 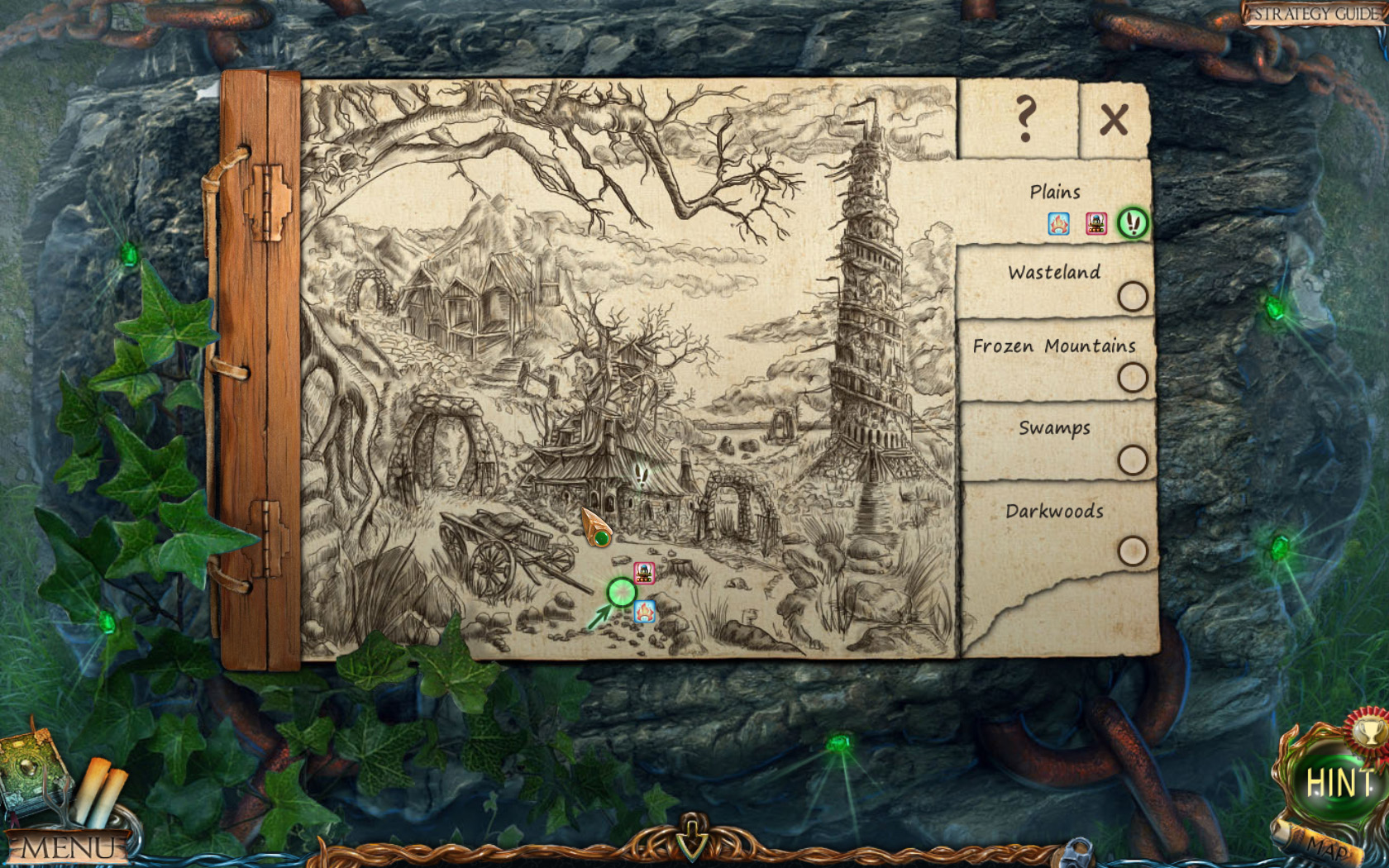 Overall:
Lost Lands: The Four Horsemen didn't resonate all that well with me, but that's mostly down to my personal preference. However, while I didn't care much for the "everything but the kitchen sink" high-fantasy setting, the game itself was entertaining enough for a playthrough. Most puzzle screens were logical and even the more illogical item combination puzzles could be solved thanks to the useful map.

I should mention that, in its original state, the game had some issues with its achievement system. The patched version I played did not have those issues.. Good hidden object game.
Beware! The free "Lost Lands" games work completely differently!

The Four Horsemen doesn't really have have those big hidden object scenes, the ones it has work more like an adventure, but basically, it's a collection of casual puzzles strung together by inventory puzzles: you find some item and have to remember that the puzzle you need it for is halfway across the map, unless you don't play on hard, in which case the map shows you where to go. It's done fairly well, and it does have 2 bonus objects hidden in every big scene. Just don't expect much of a story or explanations why there are so many puzzles and why the parts are all over the place (i.e. don't expect a point&click adventure).

Gameplay-wise, if you are going for all of the achievements in one go (which means hard mode), it's a lot of pixel hunting and searching and some casual puzzling. Wrap the fish in a leaf from the bush nearby. Or you can be lame and follow the walkthrough called "strategy guide". Be prepared to work for the "artist" achievement (you can do that on the extras section).

This game has everything I expect from a game of this genre (apart from big hidden object scenes). Recommended.

This game runs fine on my old Windows XP computer.. Loads of fun! Halfway through and enjoying every adventureous moment!. very good gets the old brian cells going. I'm right on the borderline of not recommending "Lost Lands: The Four Horsemen." It's a shame, because it's very obvious that a lot of work went into the game (good story, graphics, and even puzzles). But, there are aspects to it that are horribly frustrating:

- The voice acting is horrible. The first couple of characters you meet are fine. But, after that, pretty much everyone's voice acting is cringe-inducing. Worse, once you meet a dwarven guide, he (and others) insist on giving you an ear-bleeding travelogue of stuff you don't need to hear. It made me want to not click on things because they'd talk at me.

- The Hidden Object Games (HOGs) aren't really HOGs. My definition of a HOG is a screen full of objects with a text list of objects to find. Every HOG in this game is what I call a Chain o' Objects Game (COOG). In these, you've got a "list" of outlines. You have to find a starting point in the scene and follow the chain of objects until you get to the end point. Personally, I pretty much hate those COOGs. It doesn't help that the ones in this game are difficult to do.

- Some of the Achievements are really frustrating. In my case, I had issues finding some of the collectables. They're so well camouflaged that after examing each scene minutely 5 times, I finally had to resort to the in-game Strategy Guide to find the last of them. Similarly, I had another Achievement that I swear I should have gotten, but couldn't without multiple run-throughs. And, finally, there's one ("Artist") where the timing is so tight I physically can't move the pieces fast enough and I've given up (my OCD is driving me nuts). EDIT: I finally managed to get this last Achievement after 50 or so tries.

- A few of the key/lock pairs are so obscure that there's really nothing to indicate you should be doing something except that there's nothing left to try (the spinning top "key", for example).

- And, finally, a lot of the key/lock pairs are so far apart (not just physically, but temporally) that by the time you find the "key" that fits the "lock" you've not only forgotten where the "lock" is, you've also forgotten its very existence.

It's really a shame about all of the above. I liked the previous game ("Lost Lands: Dark Overlord") a lot, and it had much the same design philosophy. I think this game frustrated me so much because these issues got more prevalent in this game (either that or I shouldn't have played them back-to-back). Still, for the price, and for the amount of gameplay you get (14.9 hours total: 9.6 in the main game, 1.9 in the bonus chapter, and another 3.4 hours back in the main game trying to finish up those Achievements), it might be worth trying even at it's current list price of about $7. A lot of good work went into this game (with a lot of good ideas) and it'd be a shame to not at least try it.