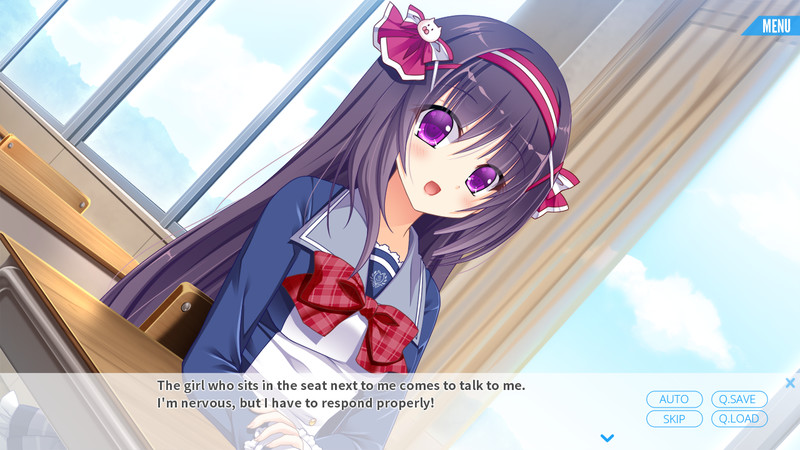 Welcomed by the fluttering of cherry blossom, the main character, Brian, starts a new high school life in Japan. Brian soon starts to get along with two girls in the same class after they start to talk to him.

With their help, Brian gradually learns Japanese culture and customs.
He deepens his friendships with each girl as they teach him how to study and spend time together after school.

He gradually is able to survive through the commuter rush, May sickness, the rainy season, and more as he experiences Japanese culture for the first time.

Summer
After a particularly unpleasant rainy season, summer vacation starts at last.
Brian gets to experience a lot of fun things, including a beach trip with the girls in their swimsuits and summer festivals in yukata. He also experiences popular Japanese summer activities, such as suikawari (watermelon splitting) and summer festival food stalls.

And what he looks forward to more than anything is the most popular otaku event in the world, held twice a year– Comic Market. He goes to the venue with his heart racing with excitement, having long dreamt of experiencing his first Comiket.
What he sees there is……a battlefield, just as rumored!?

Fall
The destination of the annual school trip is Japan’s most famous ancient city, Kyoto. The three enjoy sightseeing among the old streets and alleys, and experience the traditional culture of Japan to the fullest.

Back at school, Brian gets to experience an actual cultural festival, which he has seen a lot in anime. He is ecstatic when he gets to help run the maid cafe booth.

He also enjoys cosplaying for Halloween, which has rapidly developed in Japan in the last few years. With the beautiful colors of autumn in Japan, he deepens his understanding of Japanese culture further.

Winter
After experiencing a Japanese-style Christmas party, Winter Comic Market has arrived! This time, he doesn’t just go, but actually participates as a circle!?

With the coming of the new year, he goes to experience Hatsumode.
Setsubun and Valentine’s Day arrive and makes him start to realize that soon it will be time to say good bye.

Just like when he first met her, cherry blossom buds are about to bloom.
What enters Brian’s mind is her smile.

Along with those parting words, he embraces a new resolve…

Features:
-See the characters come to life through the power of the e-mote system!
-In-game text available in both English and Japanese
-An in-game accessible tips glossary with Japanese cultural and otaku terminology to enhance your game experience
-Nekomimi Mode! because everything is better with cat ears. 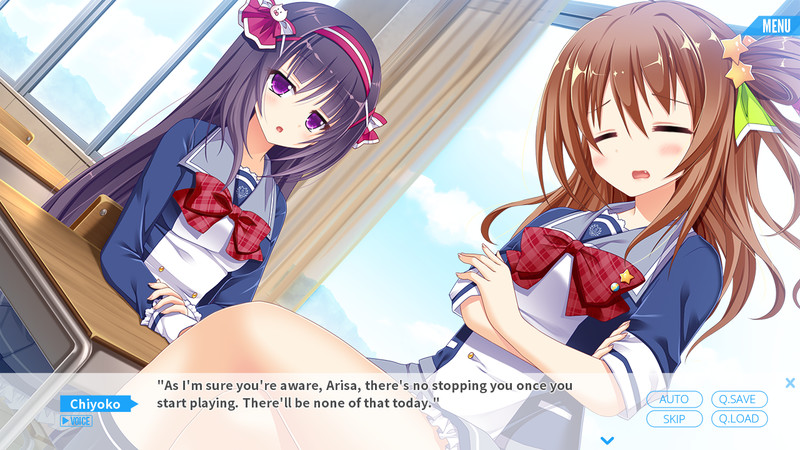 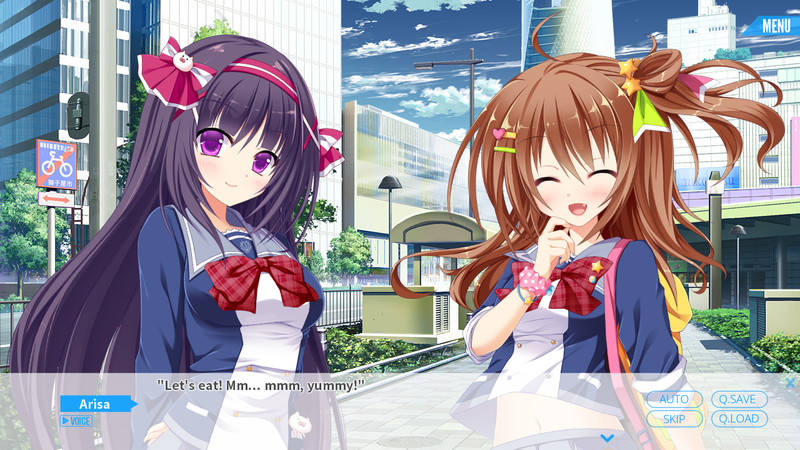 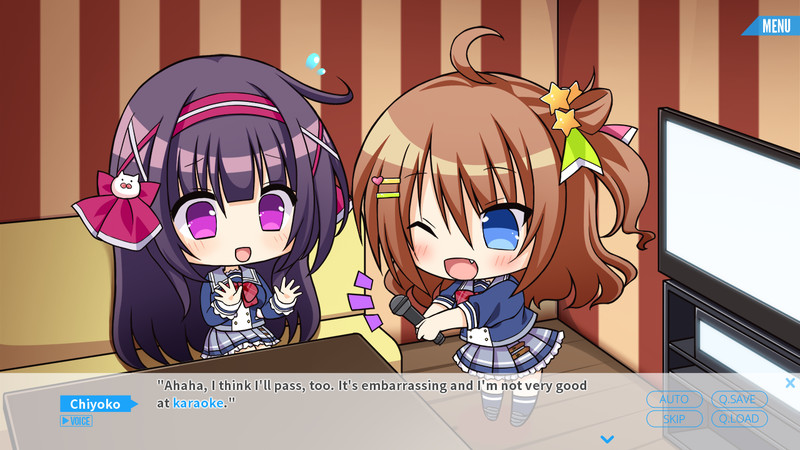 
I dont know what to think of this game.
the two character you interact with are loveable, but their interests and everything feels a bit bland / standard.
Why do they like your character? Why do you get to interact with these two so much?
And the end was.. dissapointing, to say the least.
It's relatively short though, but that also makes it feel rushed.. Got this as part of a humble bundle; it was not the part of the bundle I was interested in. Tried it out. High school students reflecting on universal tax codes? And please, where in Japan in this decade can you get a meat bun for 100 yen. Certainly not in Tokyo or anywhere someone playing this game would actually visit. And then it takes the time to explore the idea of a grocery store sale for after the main rush is done? I mean I know it's not that common for American supermarkets to do that for as many items as Japan does, but American supermarkets certainly do follow the same principle, particularly for seafood etc. But seriously, what high school student CARES about any of this? Maybe some of this would be useful if there was any conflict or interesting characters, but everyone is soooo bland. The characters go to Karaoke, and Brian has conflict about whether to sing, and then it moves on. There's no song from ANY of the characters. What was the point of that scene? To establish that karaoke exists in Japan? OK, sure, but could you not make the scene totally pointless?

This game is just dull. If this was supposed to convince me to spend a year in Japan, it convinced me that year would be a very dull one.. So did 2 girls teaching you about Japan become a sub-genre at some point? I feel like I've been here a few times before.

Anyway, this game is cute and teaches you a little bit of trivia about foods, places and customs but not much about the school life in the title. The story is about 75% cute fluff and 25% educational. It also paints a view so positive that it feels somewhat ingenuine.

The art and animations are quite good, but the two main characters are the only ones we get to see and interact with.

There are 2 routes and endings, but there are only a handful of lines that are different between them, and the ending is the same either way- no feeling confessed and it all feels kind of unresolved for this type of game.

Not a terrible way to spend a few hours and I got this at a good sale price so I'm going with the thumbs up.. This game was pretty good in my eyes. The characters were likeable and the story was good. Could have been a little bit longer. Not gonna lie though i was upset when the game ended because now i need to find another visual novel to play.. you actually learn a few things with this visual novel. on top of that you have to make 3 (minor) choices AND at least for the characters, there's some fx animation going on. nice.

. The story was fantastic I really hope you guys/girls make a Japanese College School Life or something equivilant