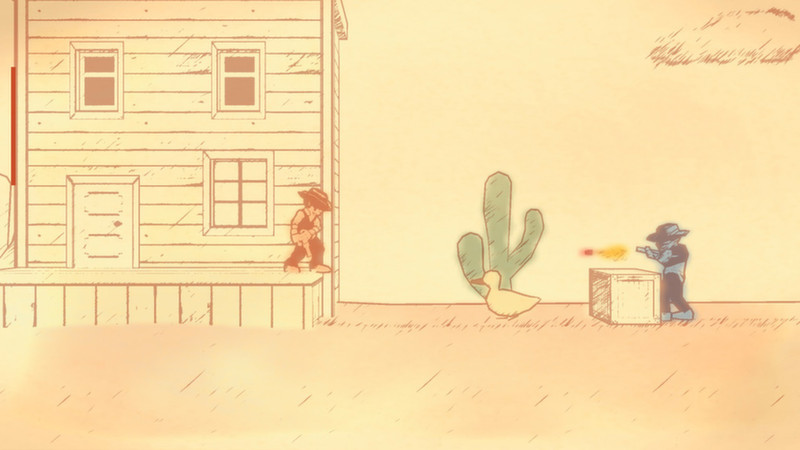 In the year of 18XX, the west is overrun by thugs and outlaws. A group of bandits have kidnapped Mayor Johnsons daughter and are spreading havok across the land. Only Gunman Clive can bring order to the west and save the girl!

Jump and shoot your way across 16 diverse and challenging levels and fight massive bosses. Gunman Clive is an old-school sidescrolling platform game set in the old west with full 3D graphics and a unique artstyle. 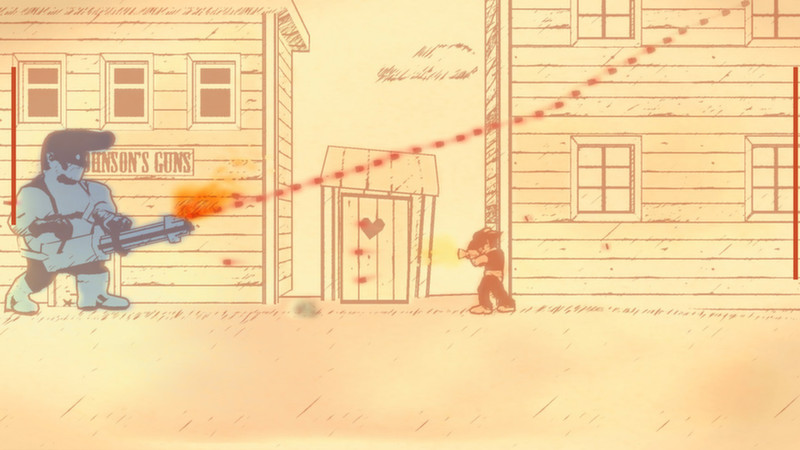 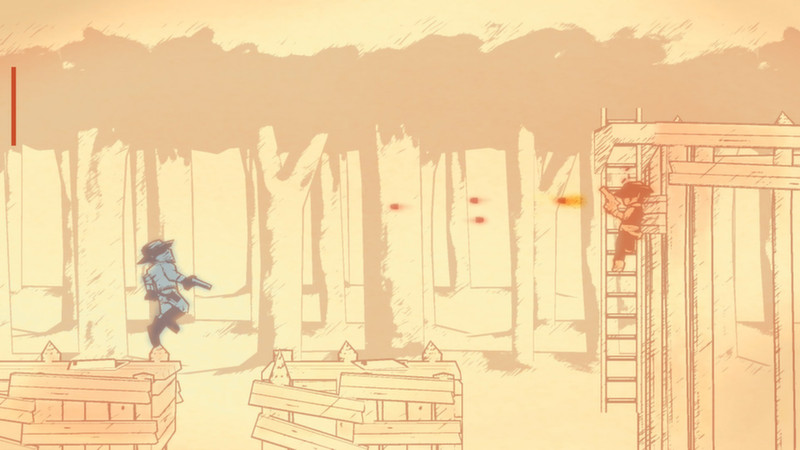 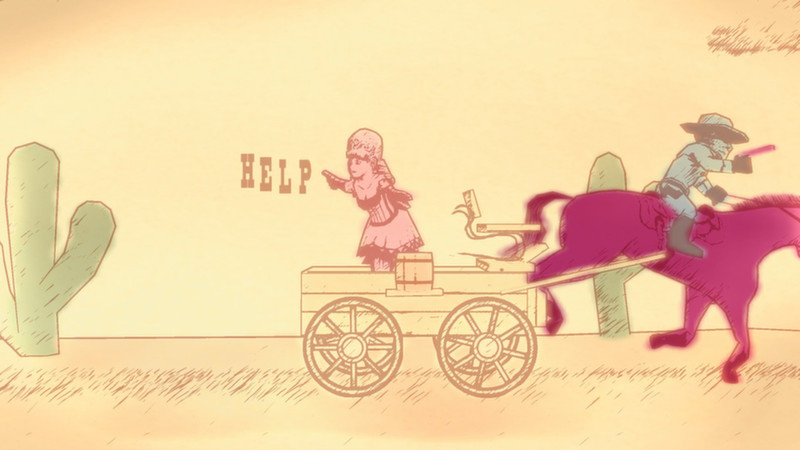 
Gunman Clive is perhaps the most enjoyable side scrolling shooter that took me around sixty minutes to complete on normal. It\u2019s fun, it\u2019s challenging and it\u2019s full of and its nostalgia laden level themes from Donkey Kong Country mine carts to bits of level from the original Mega Man. In a lot of ways, Gunman Clive is a parody of Mega Man. The mechanics are the same and it\u2019s set in the 18XX era.

The only real downside is the sketchy art. On the PC, it\u2019s a bit faint, especially when running. The look of the game is up to your personal preference, but it sure makes the game stand out from a pack of other retro themed games. Everything looks dusty with only a few colors like cacti, blue enemies and purple horses to make things stand out. Other than that it\u2019s a glorious 2.5D.

Gunplay is simple, you can only shoot left or right. There are no ups or downs. You can duck to shoot standing enemies in the crotch or fire upon innocent ducks that pace back and forth. Beyond that you can jump, climb up and down ladders as you navigate horizontal and vertical scrolling levels.

Each level is broken into several sections with a map connecting a string of levels that lead up to a boss fight. Bosses keep things interesting and they\u2019re the right amount of challenge to let you keep progressing in the game without too much trouble.

Ms. Johnson falls slow to the ground with her hoop skirt and seems to garner more cake for defeating enemies, so chances are, she\u2019s an easier character to manage. The real disadvantage is that she stops to shoot, while Clive is free to run and gun while keeping momentum.

Once you complete the game, you\u2019ll unlock Duck Mode which is a third character that lets you play as a duck. This duck cannot shoot, but at least it can fly and it has plenty of health.

Dispatching foes will often drop different weapons. Collecting these lets you keep them until you take damage. You\u2019ll get a spread shot, a laser and a gun with seeking bullets. Nothing other weapons come to mind. These weapons each feel far more powerful than the six shooter you\u2019ll start out with.

There are sixteen levels, each with multiple segments. The game balances its shooting with its platforming. You\u2019ll leap on rolling rocks that will push you off as they roll, rotating platforms you\u2019ll need to climb or slide off, mine carts to ride in, anti gravity wells to fly through and so much more. There\u2019s even a moon level with physics that match accordingly, complete with meteor showers. There\u2019s a lot of diversity in such a brief game.

Enemies manage to stand out as intelligent. You\u2019ll see snipers move around on platforms to follow your movements. Horseback riders will charge at you. Other gunmen will pop out of trap doors with their guns blazing. The game makes fantastic use of each foe.

There is plenty of health and a lot of cake everywhere to restore health. That makes the game forgiving, but in the later levels, there are plenty of hazards around to make your life miserable. You\u2019re at least allowed to have a lot of fun, before the game gets too difficult.

To cap off the maps, you\u2019ll face off against giant bosses, clones of yourself and trains that transform. It all feels so familiar, the most interesting bosses from other games have all been taken for Gunman Clive and they add to the fun.

The train level has a boss fight against the engine itself that transforms into a flame throwing mech. The gunfight against your shadow has you playing cat and mouse against yourself. A brawl against a giant boss has its arms slamming onto the ground where you need to climb up its giant fists and shoot it in the face. Every boss feels good and the game drops plenty of guns to help make it easier.

Gunman Clive was short and worth every penny to experience. I\u2019d much rather play a brief game that does everything right than something longer. It made me long for a sequel, which happened after its release.