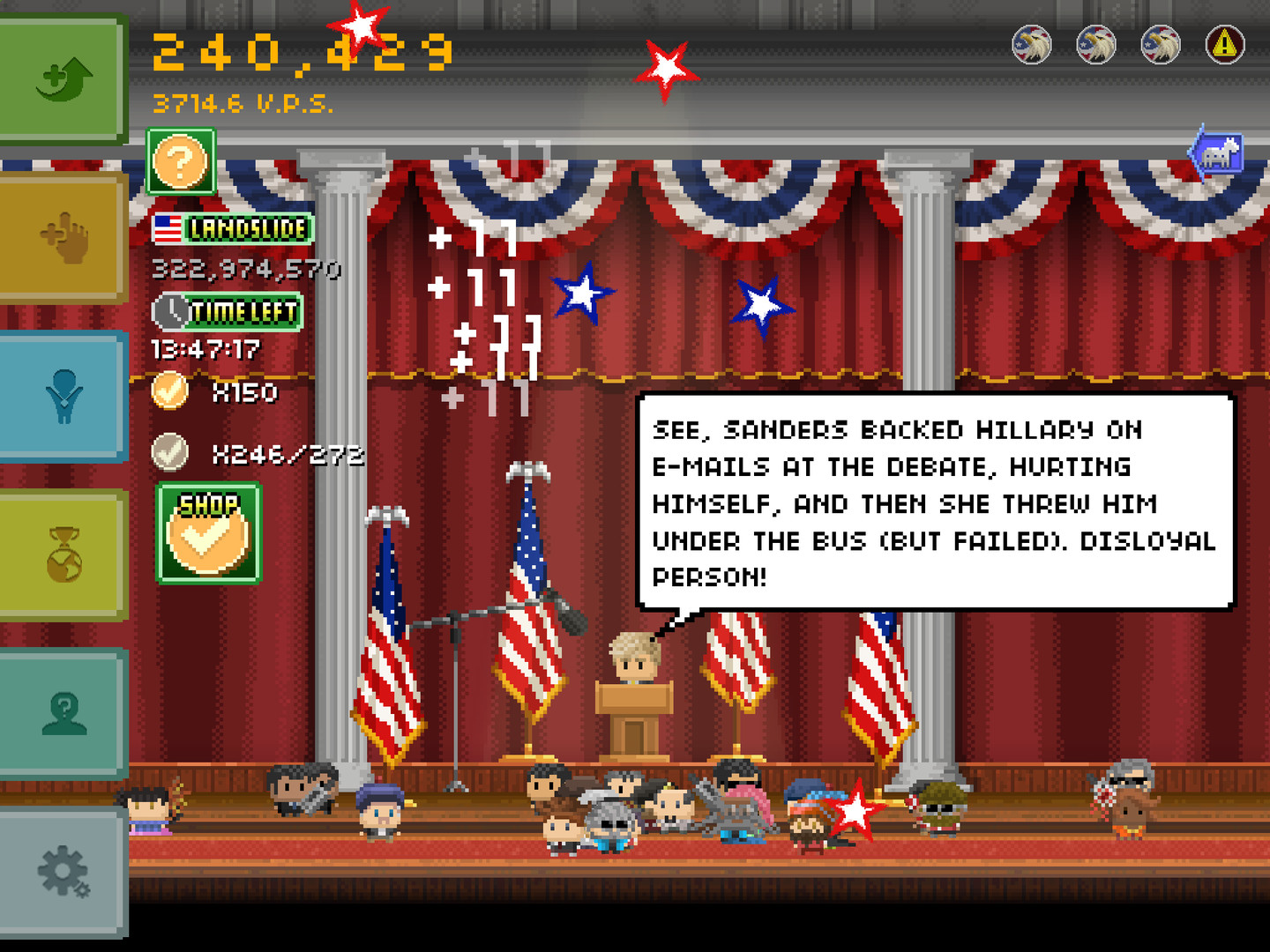 Trump Vs Clinton! It's the political battle of the century! Take on the role of a campaign manager working for the party of your choice.

• Intense clicking action as you try to win over the majority of the American voters!
• Stay up to date with the real-life action, as the candidates use real quotes, including quotes from the latest political debates.
• Cast your vote! See how you can impact the world, as your clicks contribute to a global leaderboard. Check in at any time and see which party has the most enthusiastic supporters.

Blur the lines between real political debate and the awesomeness of a videogame! Level up your campaign profile, discover secret characters and don't stop collecting votes! 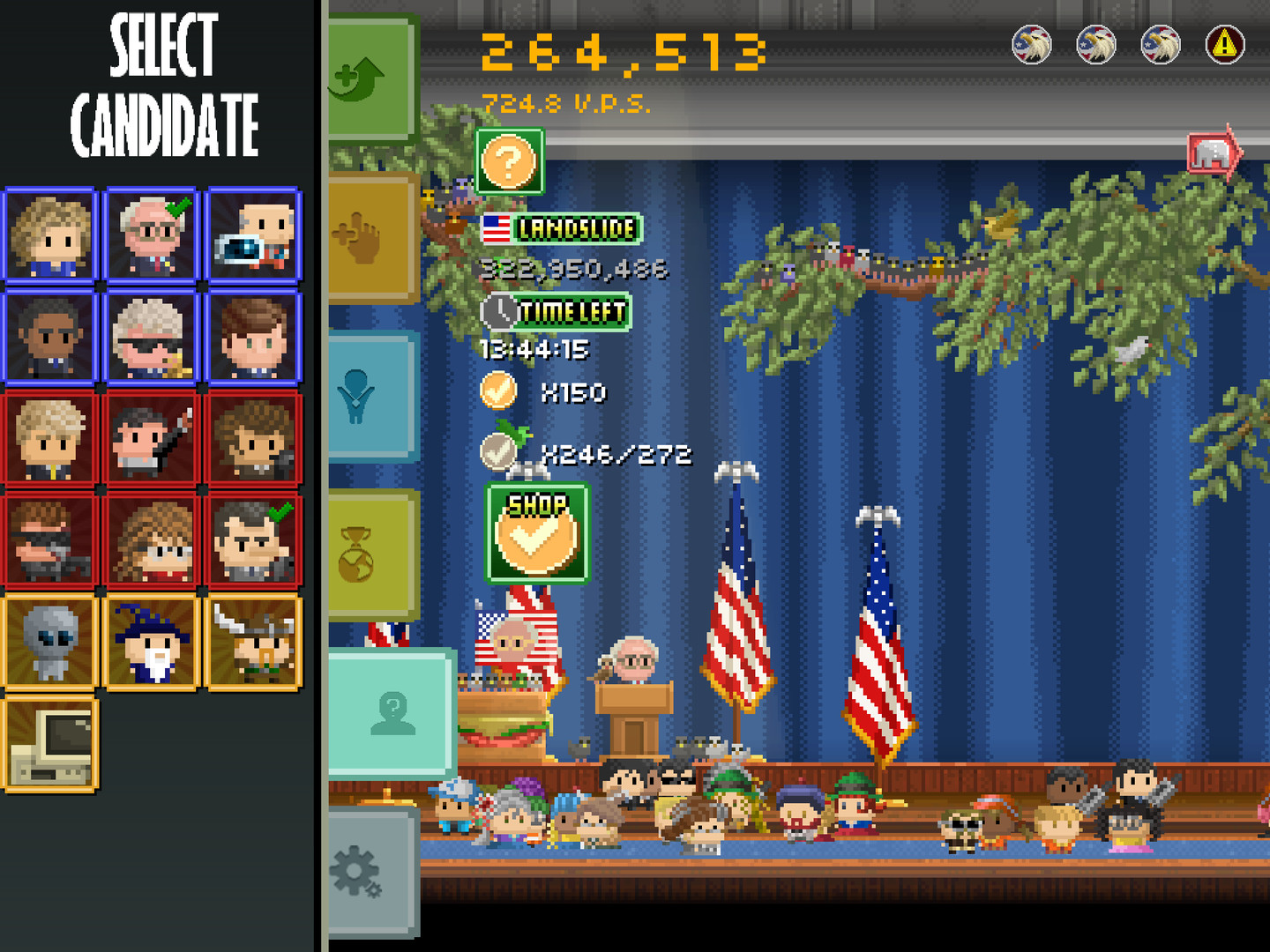 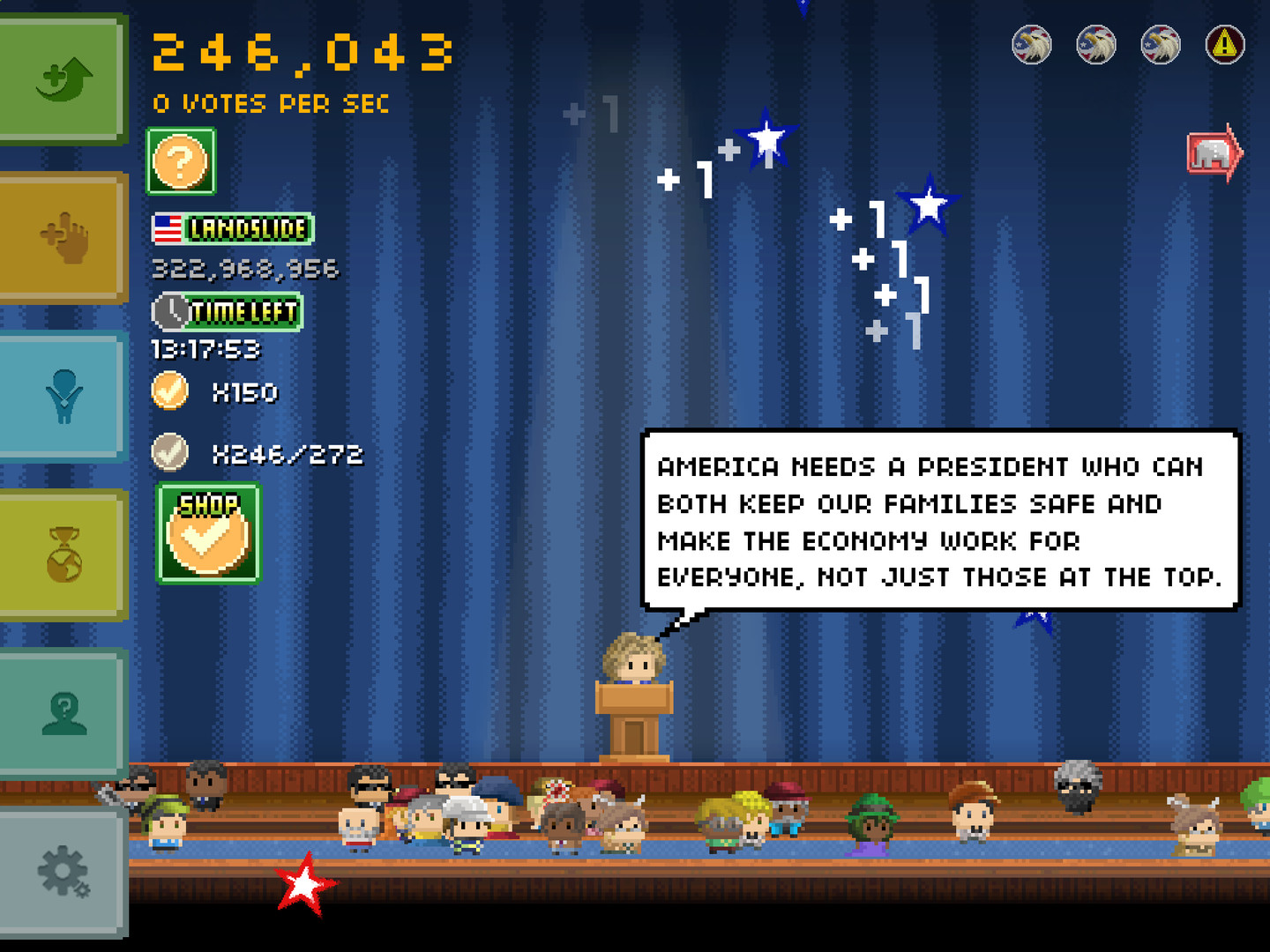 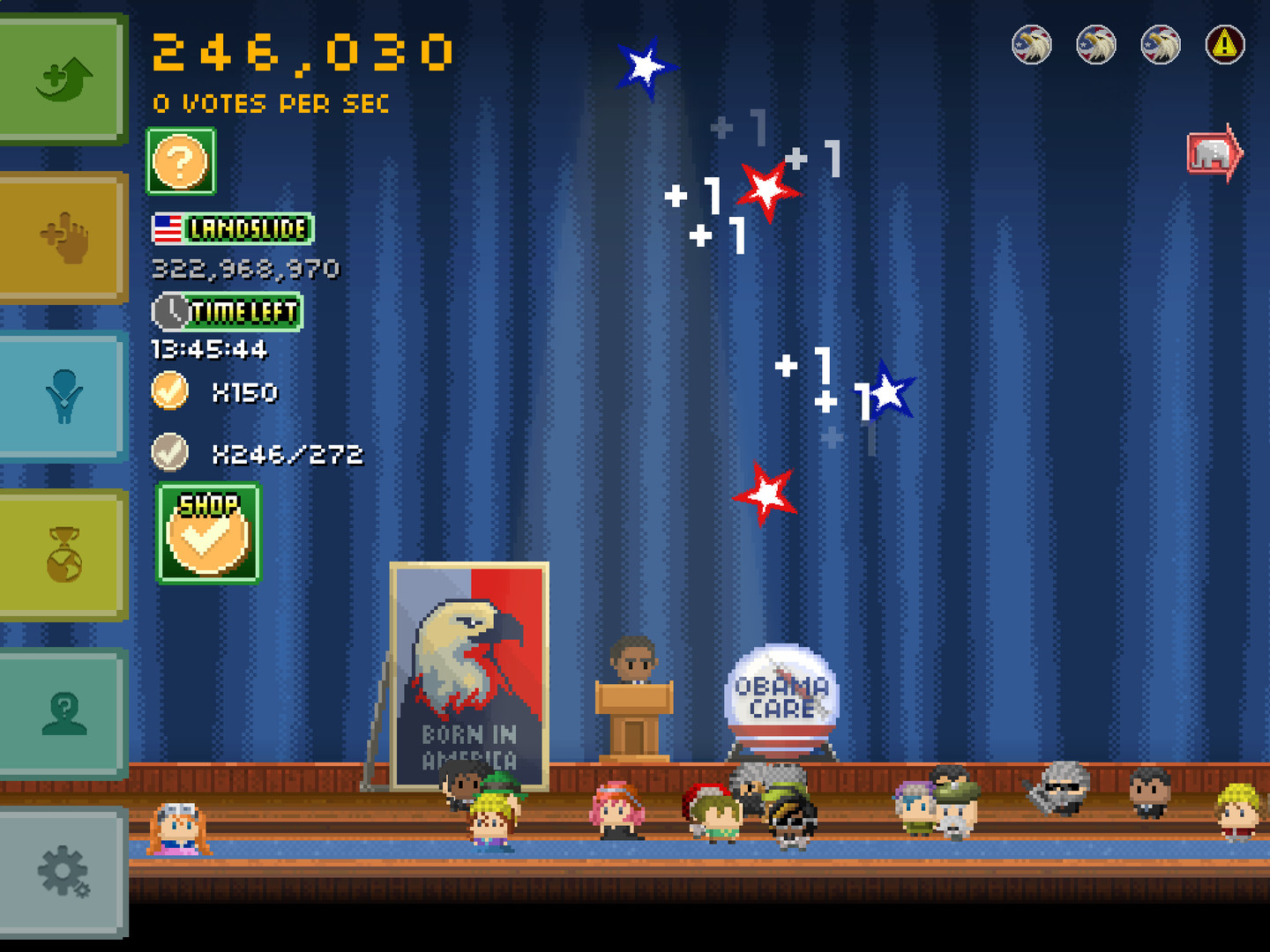 
This is the best game of 2017! Playing this game makes me feel as if I am the Donald gaining votes in the campaign! 10\/10. It's a clicker game. Like many other clicker games, you click the screen and things happen. In this scenario you gain votes for a presidential candidate you picked from either forte.

From the limited time i played to what i could see firsthand, upgrades are nicely evened out, optional purchases are optional, nonintrusive and generally "nicely done"

Visuals drew me in hard. Looks good if not better than most with a simplistic yet thorough style.
Music and sounds are something that can get old quite quick but works for the most part.

Dev himself actually goes around on the forums helping people out, giving feedback, etc. This is a thorough + in my book since we all know plenty of games on steam just get put on there and forgotten about or ignored by the people who made them.

Overall worth it if you're into clicker games, presidential memes or just want to kill a few hours.. Bad ripoff of CookieClicker. My fingers know no rest... Overall too much time spent on a game I never won.